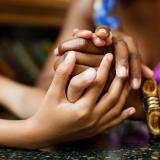 Our team is dedicated to finding and telling you more about the products and deals we love. If you love them too and decide to purchase through the links below, we may receive a commission. Pricing and availability are subject to change.

Every year, during Black History Month in February, the public is reminded that Black businesses are not second-rate alternatives to their majority white-led counterparts. Rather, they should be held in the same esteem, as they often are the originators and creators of some of today’s most high-quality and niche products that unfortunately often go overlooked.

However, this sentiment should be considered second nature as the successes of Black businesses do not occur annually during one designated month.

In the spirit of pushing for this level of equality, the term “Black Excellence” is sure to come up as an ongoing central theme, thanks largely in part to the Black businesses and their founders highlighted in this list. From Beyoncé’s Ivy Park to the widely successful Uoma Beauty cosmetics brand, we’ve chosen 10 of our favorite Black-owned brands of the moment.

When Beyoncé initially launched her athleisure collection Ivy Park in 2016, she shared the company with Topshop/Topman owner Philip Green. After the businessman was accused of sexual misconduct and racial abuse toward staff members in 2018, the famously pro-Black superstar bought out Green’s 50 percent share of the company, making her the sole owner of the brand.

After teasing the then-forthcoming venture in a 2019 Elle Canada interview, Queen Bey re-launched the brand in collaboration with Adidas in January 2020. If the “Formation” singer had any doubt about the venture, they were quickly put to rest, as the capsule collection sold out in minutes during its pre-sale launch, and worldwide, during its physical launch the next day. Authorized resellers still have a few pieces from the collection for sale, with Goat standing as one of the most reputable.

Bevel, a brand under African-American entrepreneur Tristan Walker’s health and beauty company Walker & Company Brands, was created out of Walker’s frustration of not finding a razor that worked well with his unique skin and hair texture as a man with textured hair. “Shaving irritation and razor bumps [are] issues some 80% of Black men and women have globally,” he said in an interview with CNN. “If you have curly hair, this is an issue that you’re likely to face.”

Walker founded Walker & Company Brands in 2013 as a startup and focuses on selling personal care products for Black and brown people. “[My] company really started out of my frustrations of not having products that I could use,” he said. From then, the brand only continued to grow, with the company releasing another line of products that went on to become mainstays in several people of color’s routines.

The other brainchild of Walker & Company Brands is Form, a line of hair care products for people with coarse, tightly coiled and textured hair that is now the latest expansion of the brand. The line is currently sold at Sephora, which offers products from the line including the Multitask Leave-In Lotion, the Polish Pomade, the Define Curl Crème and the Sculpt Curl Gel, to name a few.

Tracee Ellis Ross is known for her iconic mane, so it was only right that the actress would eventually launch her own line of hair care products. In 2019, her fans’ prayers were answered when the Black-ish star launched Pattern. While speaking of the business venture, the Golden Globe award winner revealed that Pattern was 10-years-in-the-making before explaining that she believed there was a large community “that has unmet beauty needs that have not been addressed.”

“Moving my attention to an area that people don’t know of me and that was new for me, as a CEO and founder — everything from packaging and the creative vision and all that kind of stuff to the formulas — I feel a little weepy about that part,” she said. Pattern is currently sold at Ulta Beauty stores, worldwide.

Marketed as “skincare for Black and brown girls,” Bolden Skincare was founded by two Black women, Chinelo Chidozie and Ndidi Obidoa. In the Bolden mission statement, both women outlined that it exists “to embolden women like us to confidently embrace their natural beauty.” Each product is described as “expertly-crafted, responsibly-sourced and tailor-made” to fit the experiences of women of color. Bolden currently has a full range of skincare products including a cleanser, toner, mask, SPF-included moisturizer and treatment to fully cover any skincare routine in its entirety.

LaQuan Smith, a luxury fashion designer hailing from Queens, New York, founded his eponymous clothing brand in 2008 after being rejected from both the Fashion Institute of Technology and Parsons School of Design. After interning at the New York magazine BlackBook in 2007, he spread his name in fashion circles by pretending to be a BlackBook editor at events. Determined to fulfill his destiny as a luxury fashion designer, he kept hitting the pavement and eventually made his New York Fashion Week debut in 2010.

Since then, the likes of Beyoncé, Kim Kardashian, Rihanna and Serena Williams have all worn his pieces. Bringing his sexy and glamorous designs to the everyday consumer, he launched a collaboration with ASOS in 2018, dubbing it “the perfect opportunity just to expand.”

Since then, Jean-Raymond has become a notable force in couture fashion, with celebrities like Gabrielle Union, Lena Waithe, Odell Beckham Jr. and former First Lady Michelle Obama wearing his designs.

Uoma Beauty was founded by Nigeria-born, Los Angeles and London-based former beauty executive Sharon Chuter. The unique brand name (pronounced “uh-mah”), means “beautiful” in the founder’s native tongue. Its line of products is described as “rebellious, innovative and created for all.”

The line, which ranges from complexion products including foundations and concealers to lip and eye products, has received raving reviews from respected and trusted beauty gurus and YouTubers including Jackie Aina, Nyma Tang and NikkieTutorials. Its hero product, the Say What?! Foundation is available in a whopping 51 shades and continues to be a favorite within the beauty community.

Mented Cosmetics is another brand that was formulated to specifically meet the unmet beauty needs of Black and Brown women. Founded by Black women KJ Miller and Amanda E. Johnson, Mented — a play on the word pigmented — was born when both women, while relaxing “over a glass of pinot,” asked themselves why it was so difficult for them to find the perfect nude lipstick that complemented their complexions.

“We believe every woman should be able to find herself in the world of beauty, no matter her skin tone,” the women explained in the brand’s mission statement. “We know you’ll love being put first — because when it comes to beauty, no one deserves to be an afterthought.” All of Mented Cosmetics’ lipsticks are vegan, paraben-free, non-toxic and cruelty-free. The brand also offers a wide range of eyeshadow palettes, lip glosses and lip pencils.

Black Opal remains a veteran in the beauty game. Having been around for 25 years, the brand has amassed a loyal following of consumers that swear by its products. Currently available in more than 30 countries worldwide, Black Opal was founded by Jamaica native Carol Mouyiaris and was bought by two Black businesswomen, Desiree Rogers and Cheryl Mayberry-McKissack, in 2019.

The skincare and beauty brand’s first product, the Advanced Dual Complex Fade Gel, was launched in 1994. Currently, its finishing powder remains one of the staples in many Black women’s makeup routines for its soft color payoff that complements the pigments in deeper skin tones.

Support these Black-owned businesses and any others you encounter, this month and onward!

If you enjoyed this story, you might like to read about how you can support the #BlackLivesMatter movement and protesters.

More from In The Know:

Meet Sacha Cosmetics: The Caribbean-founded makeup brand leading the charge in diversity since 1979

Subscribe to our daily newsletter to stay In The Know

The post Shop Black and excellently with these 10 Black-owned brands appeared first on In The Know.