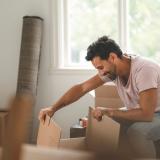 Best Storage And Movings Companies Near You
AdAdYahoo Search

President Trump has plans to order China's ByteDance, the owner of hit social video app TikTok, to divest from the company, according to new reporting from Bloomberg. The app is increasingly a target of U.S. security concerns over its Chinese ownership.

While little is known about what that could mean — or if it's how a sale of TikTok would really take place — the event would send huge waves through the tech world. TikTok is one of the only meaningful outside competitors for U.S.-based social networks like YouTube and Facebook.

It would certainly be strange timing were an American tech giant to purchase TikTok: On Wednesday, a Congressional committee held a high-profile hearing scrutinizing tech's biggest mergers and acquisitions. The White House declined to comment on the report when contacted by TechCrunch.

TikTok has come under increased government scrutiny recently, with the president expressing interest in banning the app outright in the U.S. This month, Joe Biden's campaign asked its staffers to delete the app from both work and personal devices.

Some U.S. companies have also banned their employees from using the app over concerns about its Chinese ownership.