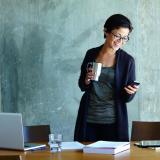 The Los Angeles Clippers will be severely shorthanded when they take on the Lakers on Thursday night to officially restart the NBA season at Walt Disney World.

The Clippers announced on Wednesday that both Lou Williams and Montrezl Harrell will not play on Thursday. Patrick Beverly is currently quarantining in his room inside the bubble and was listed as questionable, however it’s unlikely he’ll be ready to go in time too.

Clippers roster report ahead of tomorrow’s opener vs. Lakers: pic.twitter.com/p9K6sEDrIR

Harrell left the bubble last week to deal with a personal matter, and has still not rejoined the team. It’s not clear when he will return, though he will have to isolate for at least four days when he does. Harrell was averaging 18.6 points and 7.1 rebounds per game this season when play was suspended.

Williams is under a 10-day quarantine in the bubble after he stopped at an Atlanta strip club on his way back from an excused absence to attend a family funeral. Williams insists the stop was simply to pick up chicken wings. Williams was averaging 18.7 points and 5.7 assists per game when play was suspended.

Beverley returned to the bubble on Sunday after leaving for a family emergency last week. A four-day quarantine would release Beverley at some point on Thursday, making it unlikely that he’ll play just hours later. The 32-year-old was averaging 7.9 points and 5.4 rebounds this season.

The Clippers will resume play with a 44-20 record, the second best in the Western Conference, and trail the Lakers by 5.5 games.

Lakers could be without Anthony Davis

The Clippers may not be alone in having a weakened roster on Thursday.

Lakers star Anthony Davis may miss the game after suffering an eye injury on Saturday. Davis was poked in the right eye by Michael Carter-Williams during their scrimmage against the Orlando Magic. He reportedly arrived at practice on Tuesday wearing sunglasses and watched courtside.

“He’s day to day and while he’s still dealing with discomfort, there is some concern that he could potentially not play Thursday,” Lakers coach Frank Vogel said Tuesday. “But we’re hopeful that he does and we’ll see how it plays out.”