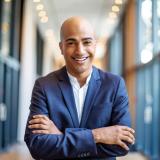 Management Practices You Should Know About
AdAdYahoo Search

Kanye West has reportedly been seen by a doctor, after some of his loved ones - but not his immediate family - flew to visit the rapper at his Wyoming ranch amid his headline-making outbursts.

Kim Kardashian made a public plea for “compassion and empathy” this week during her husband’s reported bipolar episode, but it was other high-profile friends - including producer Damon Dash - that were able to check up on the 43-year-old presidential candidate.

Roc-A-Fella Records founder Damon Dash shared a photo with Kanye and others standing by a teepee, on the ranch grounds, simply captioning the image with, “We good.”

The men were also photographed during a shopping trip to a local Walmart.

When the New York Post reached Dash for comment about the visit, he said of the Kardashians’ concern for Kanye: “I don’t give a f*** about none of that. I see him — he’s cool. I don’t give a f*** what they say. He’s a little tired but he’s happy.”

Another group of the star’s loved ones - including Kanye’s manager, Bu Thiam, and close childhood friends from Chicago, Don ‘Don C’ Crawley and John Monopoly - also flew to the ranch to be with Kanye, according to Us Weekly.

And the group reportedly worked to get him professional help.

“Kanye was evaluated by a doctor on [Monday], who determined that he did not need immediate hospitalisation and that he was in a stable mental state at the time,” a source told the publication.

“Those close to Kanye are taking this very seriously — their top priority is to make sure that he’s safe and getting the necessary attention and treatment he needs.”

Door Dash’s visit could be two-fold. In addition to checking on Kayne’s well-being it could also be work-related, as Kanye is supposedly about to release a new album, Donda.

Meanwhile rumours of divorce between Kanye and Kim have been aplenty. Kim Kardashian is reportedly feeling “helpless” after her husband, Kanye West’s, Twitter rants, where he said he’s wanted to divorce her for the past two years.

An insider told E!, the network with which the family have their highly successful show, that Kanye won’t talk to his wife "because he thinks she will try and have him committed."

"It is very bad between them right now and Kim feels defeated and helpless," they said.

"Kanye doesn't think he needs help. He has many friends who have been checking in on him and they are saying he is okay."

Despite this, Entertainment Tonight reports that the reality star has no plans to end her marriage, with a source saying: “Kim is not planning to divorce Kanye right now. If Kim wanted to divorce him, she’d just file, but she’s not planning to at this time.”