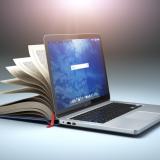 Online Colleges You Should Know About
AdAdYahoo Search

Glee star Naya Rivera has been laid to rest after drowning in California’s Lake Piru in early July.

The star’s body was recovered on July 13, five days after she went missing while on a boating trip with her four-year-old son Josey.

People Magazine reports the 33-year-old was farewelled at Forest Lawn Memorial Park in Los Angeles on July 24, according to information obtained from her death certificate.

The certificate also confirms that the actress drowned and died ‘within a couple of minutes’.

Naya was confirmed dead by the Ventura Country Sherriff’s Department, after an arduous search for her body.

Naya had hired a pontoon with Josey on July 8 on the Californian lake, with CCTV of the star boarding the boat being made available during the search for her body.

The police department said Naya’s son, Josey, said the pair went swimming and he was helped back up on to the boat by his mum, “who boosted him on to the deck from behind”.

“He told investigators that he looked back and saw her disappear under the surface of the water.”

Josey was found a few hours later by a leasing agent, after Naya failed to return the boat.

He was wearing his life jacket and wrapped in a towel. An adult-sized life jacket was found on the boat.

Naya’s disappearance and death sparked a global outpouring of grief from friends, family and fans of the star who portrayed Santana on the Highschool hit musical series Glee.

Her ex-husband and the father of Josey Ryan Dorsey took to his Instagram account, two weeks after Naya’s death was confirmed.

Naya Rivera's friends, including members of the Glee cast, joined her family around Lake Piru and held hands together just before news broke that the actress’ body had been found.

The Glee actress' death had not been confirmed when the group was spotted holding hands at the lake.

Making it all the more heartbreaking is the fact that Naya’s body was found on the seventh anniversary of Glee co-star Cory Monteith's death.