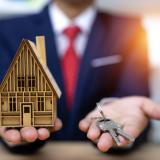 Realty Groups You Should Know About
AdAdYahoo Search

The Cardinals had their Friday afternoon game against the Milwaukee Brewers postponed due to two positive COVID-19 tests, Major League Baseball announced. After the two positives, the team announced, they’re doing rapid testing to determine next steps while self-isolating. Here’s the Cardinals’ statement:

As of now, the league is planning to play the game as part of a doubleheader on Sunday. MLB also announced Friday that the league has officially adopted a rule change that will make all doubleheaders seven-inning games for the rest of the season. Saturday’s game in Milwaukee remains on the schedule.

Not announced yet, but Phillies aren’t going to Miami next Tuesday and are instead going to NY to play the Yankees for 2 then returning to Philly for 2, also vs. Yankees. Miami schedule remains undetermined.

The Phillies were supposed to play the Yankees this week before those games got postponed amid the Marlins outbreak, and then would be playing the Marlins again starting Tuesday. This change would seem to indicate the Marlins won’t be ready to return to action by Tuesday. Getting a Phillies-Yankees series going would at least clear some of the already-postponed games from the queue.

The Marlins season is postponed until Monday after 17 players and two coaches tested positive for the coronavirus this week. There were four players who tested positive on Sunday, but the team still played its game in Philadelphia.

The Phillies announced on Thursday that a coach and clubhouse attendant tested positive and all activities at Citizens Bank Park were canceled “until further notice.”

The team is also now on hiatus and will not play its games this weekend against the Toronto Blue Jays. MLB has updated its COVID-19 policies in the wake of the outbreak.

20 percent of the league not playing Friday

The Marlins are already on a week-long hiatus after an outbreak struck their traveling party during the season’s opening series against the Philadelphia Phillies. That outbreak already had created a schedule shuffle that left four teams unexpectedly idle on Friday. Now, six teams — or 20 percent of the league — will be out of action Friday.

It shows how wide-ranging the impact can be, and how quickly it can happen. Beyond the Brewers and Cardinals:

• The Nationals, who were scheduled to play the Marlins, are off this weekend now.

• The Blue Jays, who were scheduled to play the Phillies, are also off.

The Marlins situation brought forth another unexpected problem: How will the players get home?

They’re in Philly after the outbreak hit them there, so now the Marlins are reportedly getting sleeper buses to drive the infected players back to Miami.

News out of Philadelphia where the Marlins have been holed up for over a week: Team is getting sleeper buses to take the infected players/personnel back to Miami. That's a long ride

Rest will stay, then head to Baltimore, NY and Buffalo for what will be a really long road trip

As COVID cases mount on other teams, the Yankees are getting back Aroldis Chapman, who had previously tested positive on July 11, according to Marly Rivera of ESPN.

Aroldis Chapman has been cleared to return to the Yankees, sources tells ESPN. The Yankees announced they placed Chapman on the COVID-19 IL on July 11th. https://t.co/MayT5hG4P7