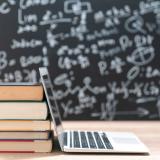 The Chicago Bears hoped a stellar season from the defense would lead to a rebound and perhaps a return to the playoffs, but the defense was dealt a significant blow on Tuesday.

Nose tackle Eddie Goldman, a stellar run defender, has opted out of the 2020 season due to coronavirus concerns according to NFL Network’s Ian Rapoport. Goldman is one of many key players who have exercised their option to sit out this season.

Goldman had started all 46 games he played the past three seasons.

Goldman’s absence shouldn’t be understated. The Bears drafted him in the second round of the 2015 draft and he has been an excellent player through his career.

Per @RapSheet, Bears DI Eddie Goldman is opting out of the 2020 NFL season.

Goldman has a 83.7 PFF grade in the last 2 seasons, 17th among all interior defenders pic.twitter.com/ovi1yUQOl8

In 2018 Goldman signed a four-year, $42 million deal. He was due a $4.75 million base salary this season. Players who opt out with preexisting conditions get a $350,000 stipend, and those who opt out for reasons other than a preexisting medical condition receive $150,000.

Players have until Aug. 3 to opt out of the 2020 season. The Bears will have a hard time filling a sudden hole in the middle of their defense, but plenty of other teams will experience similar roster losses before the deadline.