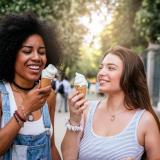 In his first expansive interview since the sign-stealing scandal, Houston Astros owner Jim Crane reiterated it was the commissioner’s decision to not suspend players and said it all still weighs on the team.

“We broke the rules. We got penalized. We were punished. There’s no doubt it weighs on all of us every single day,” Crane told USA Today’s Bob Nightengale.

The public humiliation continues months after MLB released its findings that the Astros illegally stole signs in 2017 and used a trash can to relay them to the batter. General manager Jeff Luhnow and manager A.J. Hinch lost their jobs, but no players were disciplined.

The Los Angeles Dodgers took matters into their own hands on Tuesday when Joe Kelly threw at two Astros batters. He was suspended for eight games. Broadcasters are also making interesting remarks during Astros games.

Now Crane is addressing matters in an interview conducted Wednesday with Nightengale.

Fans and players are angry at the Astros for cheating in 2017, the same year they won the World Series, and called for those involved to be punished. But players were instead given immunity for their cooperation in the league’s investigation. The organization was hit with a $5 million fine and lost their first two draft picks in 2021 and 2022.

Crane noted that it was commissioner Rob Manfred’s call on punishment, not the Astros.

“But I don’t know what else they want us to do. I mean, you couldn’t do a lot more. We took a big penalty. Rob (Manfred) sent a message. We accepted the message, and went above and beyond.

“We’re sorry. We apologized. But no matter what happened, it wasn’t going to be enough. People wanted me out of baseball. They wanted players to be suspended. They wanted everything.’’

In a February press conference, Crane said sign stealing “didn’t alter the game.” This week, he told USA Today that those remarks “didn’t come off like I wanted to” and he meant “that I can’t impact the decision Rob (Manfred) made not to change history. He was not going to alter the game.”

That sign stealing impacted the game is “certainly a reasonable assessment,” he said.

MLB had a bigger problem than Astros alone

“I think (MLB) had a bigger problem than everybody realized. Two other teams (the Yankees and Red Sox) were doing things and got caught, but we’re the ones who took the bullet. That’s the way it works. I’m not trying to blame anyone else. It was our problem. We dealt with it."

A report on the Boston Red Sox was released in April and showed a replay room employee was the only one involved. Players were, per the report, unaware of what was going on.

The New York Yankees, along with the Red Sox, were fined in 2017 after MLB investigated claims of sign stealing using an Apple Watch. A federal judge last month ordered the unsealing of a 2017 letter that allegedly details “more serious” sign-stealing infractions by the Yankees.

Osuna a ‘lightning rod of a subject’

Before the sign-stealing allegations, the Astros were already dealing with a controversy during the 2019 World Series. Then-assistant general manager Brandon Taubman confronted a group of women journalists in the clubhouse about closer Roberto Osuna, who served a 75-game domestic violence suspension.

Taubman yelled multiple times after the American League Championship Series: “Thank God we got Osuna. I’m so f---ing glad we got Osuna!” When Sports Illustrated first ran the story, the Astros claimed it was “misleading and completely irresponsible” after declining to comment for the piece.

Crane told USA Today he “hated to see him lose his job” and that Taubman “just made a comment” and “was happy.”

As for trading for Osuna in the first place, Crane said he didn’t think the organization would take so much heat over it. When it did, he said he spoke with the players and said if Osuna screws up, he’ll be out.

“After that, it was fine. That’s with the players. Not so much with the public. It was just a lightning rod of a subject.’’

Crane on the Astros culture

Crane said the Astros don’t have a culture problem and the issues they’ve dealt with are “isolated” and “unrelated.”

“Even the sign-stealing thing, I just think everybody was paranoid that everybody was doing it,” he said, via USA Today Sports. “The technology was right in front of you. We already know two others teams were doing it and got caught.

“But the way we were doing it, that was pretty (stupid). I mean, banging on trash cans? You could have found a better way to do it.’’